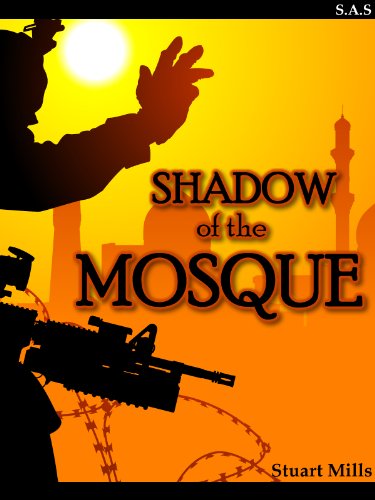 
Law is perhaps most visibly part of military life when it privileges the killing and destruction of battle. If you kill this way, and not that, here and not there, these people and not those — what you do is privileged. If not, it is criminal. And the war must itself be legal.

Lawyers have long known that using law is also to invoke violence — the violence that stands behind legal authority. But the reverse is also true. To use violence is to invoke the law, the law that stands behind war, legitimating and permitting violence. Battlefield conduct is disciplined by rules: kill soldiers, not civilians, respect the rights of neutrals. Do not use forbidden weapons. Together, these principles have become a global vernacular for assessing the legitimacy of war, down to the tactics of particular battles.

The vocabulary legitimate targeting and proportionate violence has been internalized by the military. Not every soldier—not every commander—follows the rules. But this is less surprising than the fact that people on all sides discuss the legitimacy of battlefield violence in similar legal terms. This common vernacular has also leached into our political life. If war remains, as Clausewitz taught us, the continuation of politics by other means, the politics continued by warfare today has itself been legalized. The sovereign no longer stands alone, deciding the fate of empire — he stands rather atop a complex bureaucracy, exercising powers delegated by a constitution, and shared out with myriad agencies, bureaucracies and private actors, knit together in complex networks that spread across borders.

Even in the most powerful and well-integrated states, power today lies in the capillaries of social and economic life. To say that the Pentagon reports to the President as Commander in Chief is a plausible, if oversimplified description of the organizational chart.

Fighting the Islamic State with Iraq’s Golden Division: The Road to Fallujah

But it is not a good description of Washington , D. Born alone, die alone, perhaps — but sovereigns do not decide alone. The bureaucracies resist, the courts resist, the dead weight of inertia must be overcome. Political leaders today act in the shadow of a knowledgeable, demanding, engaged and institutionally entrenched national and global elite.

As a result, expert consensus can and does influence the politics of war — consensus, for example, that Iraq had weapons of mass destruction, or that American credibility was on the line. But elite opinion can also change — sometimes quite rapidly. This was clearly visible in the fallout from the prisoner abuse scandals in the Iraq war. Indeed, the global political system is a fragmented and unsystematic network of institutions, often only loosely understood or coordinated by national governments.

Law has become the common vernacular of this dispersed elite, even as they argue about just what the law permits and forbids. This is what has led opponents of the Iraq conflict — or Guantanamo -- so often to frame their opposition in legal terms — what you are doing is illegal.

So much for war as a legal institution. First, antiformalism. Two hundred years ago, international law was rooted in ethics — to think about the law of war was to meditate on considerations of right reason and natural justice. One hundred years ago, law had become far more a matter of formal rules, de-linked from morality and rooted in sovereign will.

At the end of the nineteenth century, law was proud of its disconnection from political, economic and military reality. Law stood outside the institutions it regulated, offering a framework of sharp distinctions and formal boundaries. Protected persons, would need to stay outside the domain of combat. In this spirit, lawyers wrote rules distinguishing combatants from non-combatants, belligerents from neutrals. As late as , it seemed natural for the United States to begin a war with a formal declaration, as Congress did in response to Pearl Harbor.

That Japan attacked the United States without warning—and without declaring war—in violation of our neutrality was a popular way of expressing outrage at the surprise attack. Humanitarian voices supported the legal separation of war and peace, and often continue to insist on the sharp distinction between civilian and combatant.

Just as they emphasize the ethical and legal distinctiveness of warfare. For good or ill, this approach is simply no longer realistic. Warfare has changed, law has changed, and humanitarians have developed new tactics. For the humanitarian, doubt about an external strategy, sharply distinguishing the virtues of peace from the violence of war often begins when we recognize how easily moral clarity calls forth violence and justifies warfare, just as war can strengthen moral determination.

Indeed, there seems to be some kind of feedback loop between our ethical convictions and our use of force. Great moral claims grow stronger when men and women kill and die in their name, and it is a rare military campaign today that is not launched for some humanitarian purpose. Ethical denunciation gets us into things on which we are not able to follow through triggering intervention in Kosovo , Afghanistan , even Iraq , with humanitarian promises on which it cannot deliver. 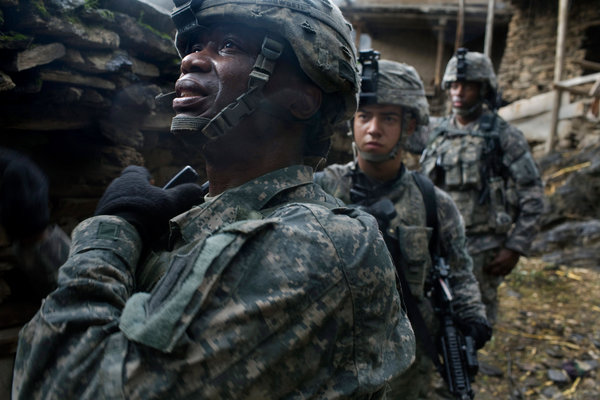 It can focus our attention in all the wrong places. After all, sexually humiliating, even torturing and killing prisoners is probably not, ethically speaking, the worst or most shocking thing that has happened in Iraq — yet the law of war focuses our outrage there. We know that formal rules can often get taken too far. But justice is not like that. It must be imagined, built by people, struggled for, redefined , in each conflict in new ways.

Justice requires leadership — on the battlefield and off.


For all these reasons, humanitarians also tried to get inside the thinking of the military profession. The International Committee of the Red Cross has always prided itself on its pragmatic relationship with military professionals. They attend the same conferences, and speak the same language — even when they differ on this or that detail.

As external expressions of virtue became internal expressions of professional discipline, formal distinctions gave way to more flexible and pragmatic standards of judgment. ICRC lawyers worked with the military to codify rules the military could live with — wanted to live with. No exploding bullets. Respect for ambulances and medical personnel dressed like this, and so forth. Of course, this reliance on military acquiescence limited what could be achieved military leaders outlaw weapons which they no longer need, which they feel will be potent tools only for their adversaries, or against which defense would be too expensive or difficult.

Moreover, narrowly drawn rules permit a great deal and legitimate what is permitted.

This did not happen in a vacuum — it was part of a widespread loss of faith in the formal distinctions of classical legal thought — in the wisdom, as well as the plausibility, of separating law sharply from politics, or private right sharply from public power. Indeed, the modern law of force represents a triumph for grasping the nettle of costs and benefits and infiltrating the background decision-making of those whom it would bend to humanitarian ends.

The result was a new, modern law in war. In this new framework, humanitarians often try to expand the scope of narrow rules by speaking of them in the broad language of principles. Military professionals have done the same thing for other reasons -- to ease training through simplification, to emphasize the importance of judgment by soldiers and commanders, or simply to cover situations not included under the formal rules with a consistent practice.

It is not just that rules have become principles — we as often find the reverse. Military lawyers turn broad principles and nuanced judgments into simple bright line rules of engagement for soldiers in combat. More than the sum of the rules, law has become a vocabulary for political judgment, action, and communication. At the same time, however, the modern law of armed conflict has become a confusing mix of distinctions that can melt into air when we press on them too firmly.

Ours is a law of firm rules and loose exceptions, of foundational principles and counter-principles. As a result, the boundaries of war can now be managed strategically. Take the difficult question — when does war end? The answer is not to be found in law or fact — but in strategy. Declaring the end of hostilities might be a matter of election theater or military assessment.

All these are claims with audiences, made for a reason. Increasingly, defining the battlefield is not only a matter of deployed force — but it is also a rhetorical and legal claim. Law provides a vernacular for making such claims about a battlespace in which all these things are mixed up together. Troops in the same city are fighting and policing and building schools.

Restoring water is part of winning the war -- the continuation of combat by other means. Private actors are everywhere -- insurgents who melt into the mosque, armed soldiers who turn out to work for private contractors. Who is calling the shots? At one point apparently the Swiss company backing up life insurance contracts for private convoy drivers in Iraq imposed a requirement of additional armed guards if they were to pay on any claim, slowing the whole operation.

In the confusion, we want to insist on a bright line. For the military, after all, defining the battlefield defines the privilege to kill. But aid agencies also want the guys digging the wells to be seen as humanitarians, not post-conflict combatants — privileged not to be killed. When we use the law strategically, we change it. The Red Cross changes it. Al Jazeera changes it.